The Standard & Poor’s 500 (S&P 500) Index has returned just under a 10% average annual rate of return during the last 50 years. The average investor, during the same time period, earned just 4%. The reason for the disparity is rooted in human emotion. One of the most difficult things to do as an investor is to stay disciplined and not allow fear or greed to creep into your portfolio. Fear and greed are the two emotions most responsible for investors not being successful.

We all know that markets go up and down, but many investors fail to realize that downturns in the market can be very beneficial for their portfolios in the long run. Of the roughly 10% annual rate of return in the S&P 500 over the last 50 years, 4% comes from dividends reinvesting. When a stock falls in value, and dividends are reinvested, those dividends are reinvesting at a lower price point. In other words, the stock is “on sale” and the dividends are buying more shares of stock cheaper.

Average investors make the following mistake when markets fall: Once the drop in markets has occurred, they decide things are too volatile and market conditions must be bad, so they decide to sell. In essence they are employing the “sell low” principle. They sit on the sidelines with their money in cash and watch as the market begins to rise after a while. They then often decide that it is best to wait on getting back in until they see that the market has risen for several consecutive quarters, or even years. This way they are convinced that the recovery is “for real,” and not just temporary. During this period of time, the investor is missing out on two very important things. First, dividends are not being reinvested because the money is sitting on the sidelines. Secondly, he or she is missing out on the rally that markets have always eventually experienced after a downturn.

On the flip side, many investors become greedy during bull markets and pile all of their savings into one or two stocks in an attempt to maximize returns. I saw a great deal of this behavior during the dotcom years of the late 1990s. Many investors were convinced that companies like AOL and Dell were the only stocks worth owning. Of course we all know what happened to those who did not diversify their holdings adequately. Many investors were completely wiped out, especially if all or most of their assets were invested in startup dotcom companies.

The recent downturn in the financial markets in the month of August was caused primarily by concerns over a slowing Chinese economy. Throughout the last 100 years, one can look back and see many downturns caused by all sorts of reasons. In just the last 50 years, we have endured the Cuban Missile Crisis, Watergate and the resignation of a U.S. president, an oil embargo, the assassination of President John F. Kennedy, numerous natural disasters all over the world, worldwide wars and conflict, Ebola, and incompetent political leadership. Throughout all of these events, the market has continued to move ahead and innovators and entrepreneurs have likewise continued to blaze the way for economic prosperity.

I always advise my clients to never get too excited when markets are good and never get too frightened when markets are bad. Taking emotions out of investing is necessary for success as an investor. At the end of the day, it is important to have a well thought out plan that takes into account your time horizon, financial goals, tax implications of your investments, and risk tolerance.

One of the most important things a financial advisor can bring to the table is to keep his or her clients from making decisions based on fear and greed. Either one of these emotions can cause serious harm to a portfolio and derail financial success. Use downturns to evaluate where you are in terms of your plan and see what stocks, if any, are cheap and worth owning. By developing a plan and continuously monitoring your progress, you’ll be in a much better position to enjoy both financial and personal success. 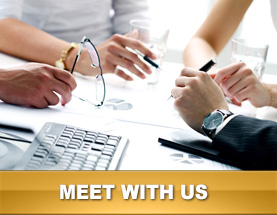 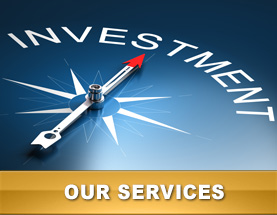